The top 40 construction companies operating in Poland posted a record aggregate revenue in 2018, breaking the previous revenue high set in 2011. Besides an improved volume of work, the revenue hike was also largely driven by rising prices of building materials and labour.

The top 40 construction groups reported PLN 49.7bn (€11.7bn) in aggregate revenue in 2018, which represented 31% of total revenue posted by medium-sized construction firms and large construction companies, i.e. companies which employ more than nine workers, according to our latest report entitled "Construction companies in Poland 2019-2023". In view of a declining economic situation, it will be increasingly hard for construction contracting companies to report as robust revenue growth as they did recently. 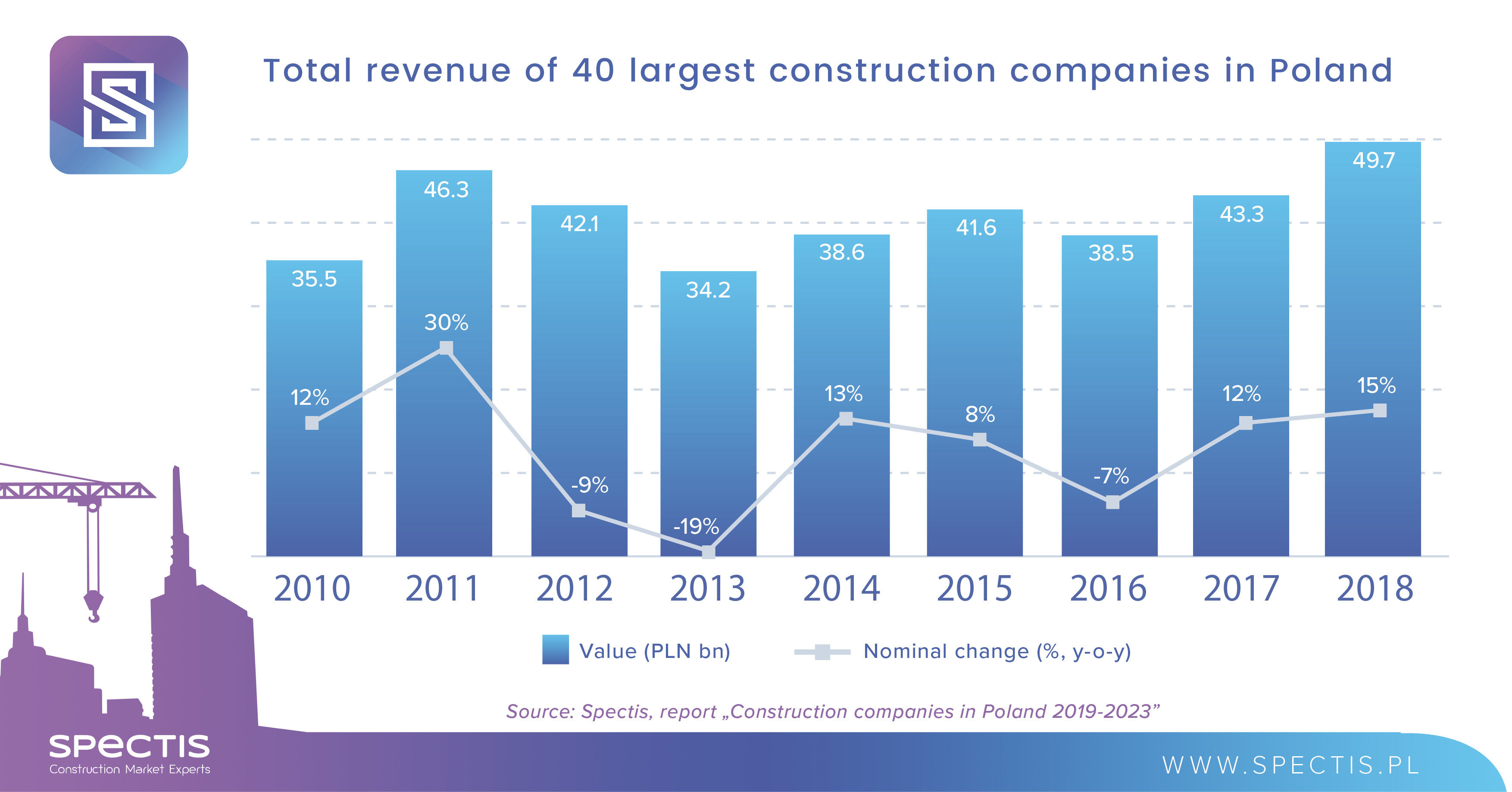 The Polish construction sector is still a highly-fragmented industry, with consolidation processes moving at a slow pace. And, accordingly, the top five construction groups – Budimex, Strabag, Skanska, Porr and Erbud – account for just under 9% of the entire construction sector’s value in terms of output, and they also represent 12% of revenue reported by construction companies that employ more than nine members of staff.

The construction industry remains highly unpredictable, as indicated by the financial results posted by contractors in recent years. It has been historically typified by a volatile number of large-scale orders from one year to another. A fact that should be noted here is that a vast majority of the major companies are specialised in a specific type of construction activity, e.g. industrial and warehouse, power railway, bridge or tunnel construction, which makes them highly vulnerable to changes in the market situation.

An in-depth analysis of several hundred ongoing construction contracts reveals that only a handful of the major construction groups take efforts to diversify their order books on a regular basis, which was instrumental in them becoming industry stalwarts in the past decade that are always ranked among the top 20 construction companies in Poland. Indeed, only three leading companies have managed to maintain their positions in the ranking in the recent years. 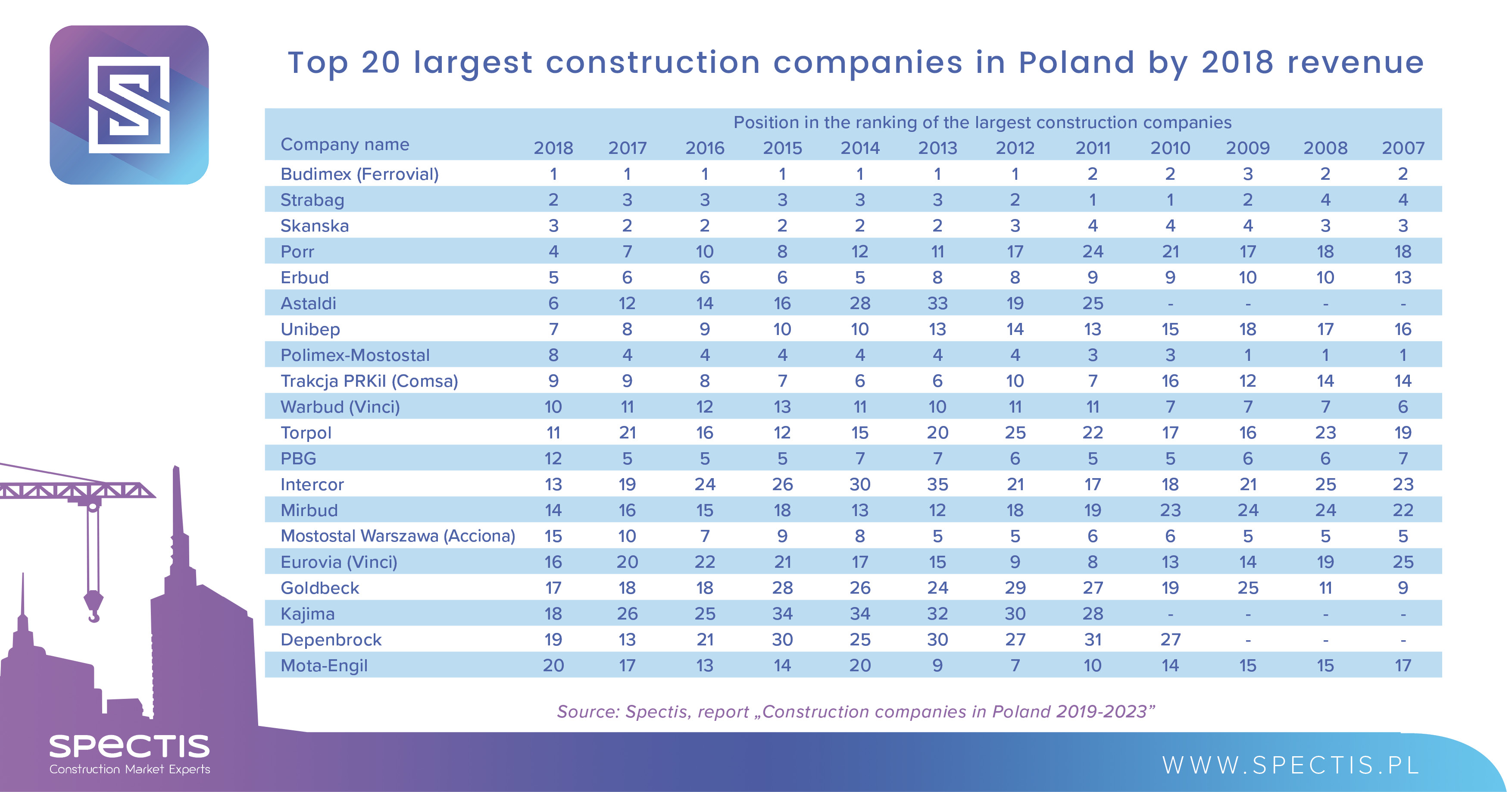 Our review of active contracts being handled by the major companies shows that Budimex, Strabag, Porr, Mostostal Warszawa, Torpol and PBG are the groups currently engaged in the highest value projects, mostly due to participation in large-scale road, railway and power contracts. Among companies specialised in non-residential construction, Skanska, Warbud, Strabag, Budimex and Porr report the highest value of contracts currently underway. Budimex, Unibep and Erbud are at the helm of the residential construction sector. Each of these groups is engaged in residential projects worth around PLN 1bn.