Projects of top 30 property developers in Poland worth nearly €10bn

The total value of 230 office, retail, warehouse and hotel projects, both ongoing and planned, which are conducted by top 30 property developers is estimated at nearly €10bn, according to our latest report "Property developers in Poland 2019-2023".

According to our calculations, a typical property development project, regardless of stage, has an average combined value of €40m. Office projects have the highest value (€70m), while retail, hotel or warehouse developments are valued significantly lower (less than €30m).

In terms of stage, property developers’ portfolios are split into roughly equal halves of projects underway and projects in the planning phase, with the latter having a slight advantage. Therefore, the proportions between the two categories of projects do not spell at this point a serious downturn in investment activity in the commercial construction segment.

The regional analysis of the projects suggests a gradual shift away from Warsaw to the regional cities. While Warsaw will remain the centre of investment activity for the leading property developers in the coming years, its share in the €10bn investment package has already fallen to just one-third. For comparison, Warsaw would account for as much as 50% just a few years ago.

An analysis of financial data of property developers featured in the report shows that total revenue generated by these enterprises in 2018 topped the PLN 4bn-mark (€950m) for the first time on record, up by over one-third over 2017. The substantial improvement in financial performance largely came on the back of a record-high volume of investment transactions in the commercial property market in Poland, which exceeded €7bn in 2018, up by 40% year on year. 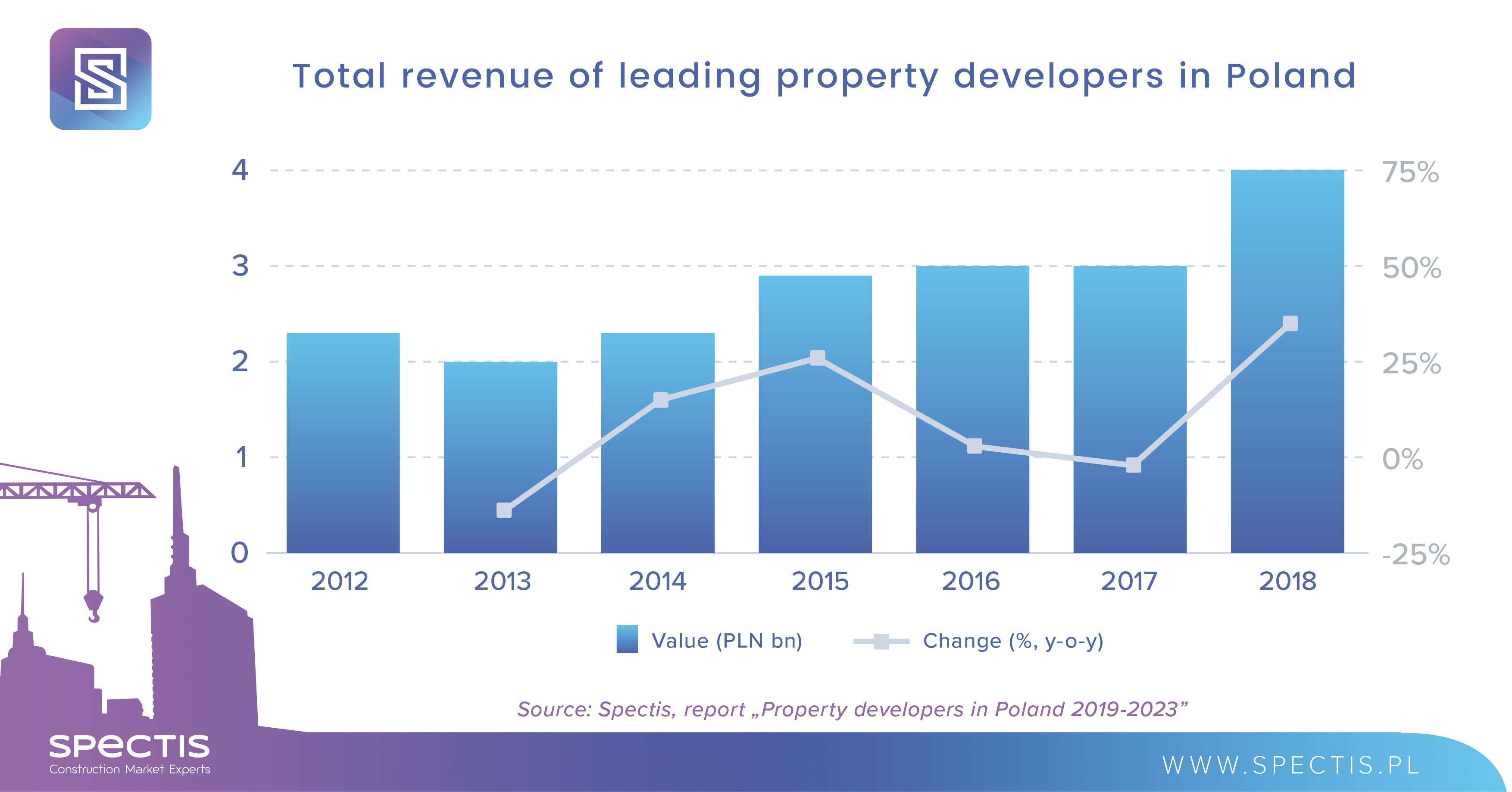 Out of the main three market segments, warehouse developers continue to report the strongest results, as they have over the past few years. Office developers come second, ahead of developers of retail facilities, which report the lowest earnings.

The biggest projects in the planning stage include the Towarowa Street 22 complex of mixed-use buildings in Warsaw (Echo Investment), an office building at the Grzybowski Square in Warsaw (Ghelamco), The Park Cracow office complex in Krakow (White Star Real Estate), the Roma Tower office and hotel building in Warsaw (BBI Development), the Kolorowe Zycie shopping centre in Goraszka near Warsaw (Ceetrus Polska) and the Warsaw One office building (Skanska Property Poland). 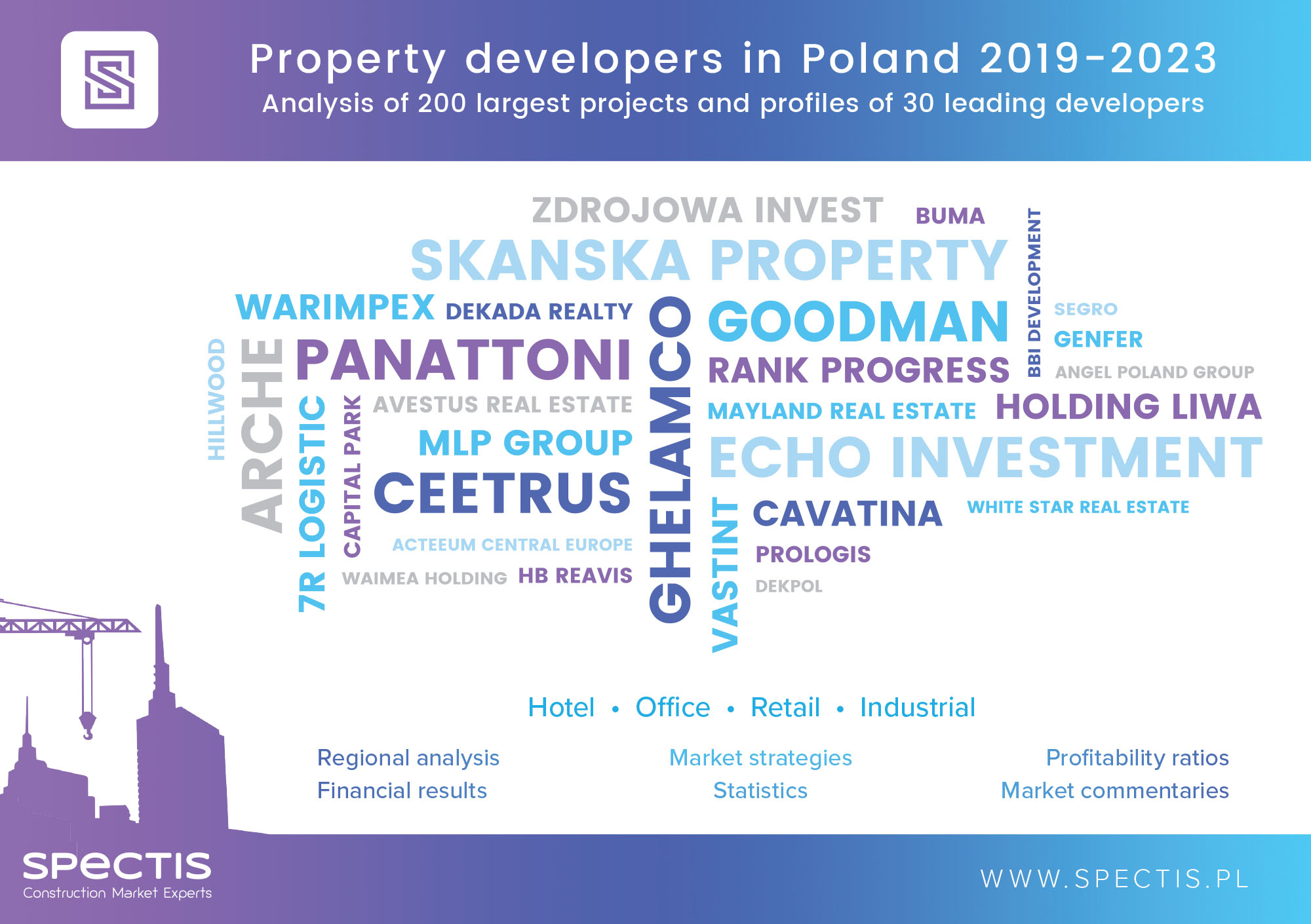