The value of output generated by the Polish construction industry has reached an all-time high level on the back of several years’ investment upturn, and it is expected to come close to PLN 250bn (€59bn) in 2020. In nominal terms, the market’s value is impressive, but it is less so when one looks at the volumes of construction work being performed and building materials used. A noteworthy fact is that the growth in the market’s value is boosted by rising prices of building materials and higher labour costs.

The autumn edition of the report "Construction market in Poland 2019-2025" finds that construction output generated by companies operating in Poland can climb to a record high of PLN 250bn (€59bn) in 2020. For comparison, during the previous business cycle, the construction sector peaked at PLN 191bn (€45bn) in 2011.

At a glance, the amount of PLN 250bn looks impressive, but it turns out a mediocre score when compared to the fast-growing economy in general. The thing is the construction sector’s contribution to the Polish economy remains significantly below the level seen when preparations for Euro 2012 Football Championship were in full swing. While in 2008-2011 the construction industry accounted for about 12% of gross domestic product, its share is expected to average at 10.5% in 2017-2020. This effectively shows that the investment gap in the Polish industry is over PLN 30bn (€7bn) a year.

The investment upturn that has existed for the last three years, which boosts the construction market’s value to all-time highs, is largely driven not by the increased volume of investment tasks being performed by rather by higher construction costs. This is particularly shown when the years of 2011 and 2018 are compared to one another. Whereas the upturn in the building construction sector is definitely a fact, its positive effect has been offset by a lower volume of investment tasks in the road construction sector. As a result, the volume of cement production, which is the basic building material used in practically all types of construction activity, was practically the same in the two years under analysis, i.e. 19 million tonnes. 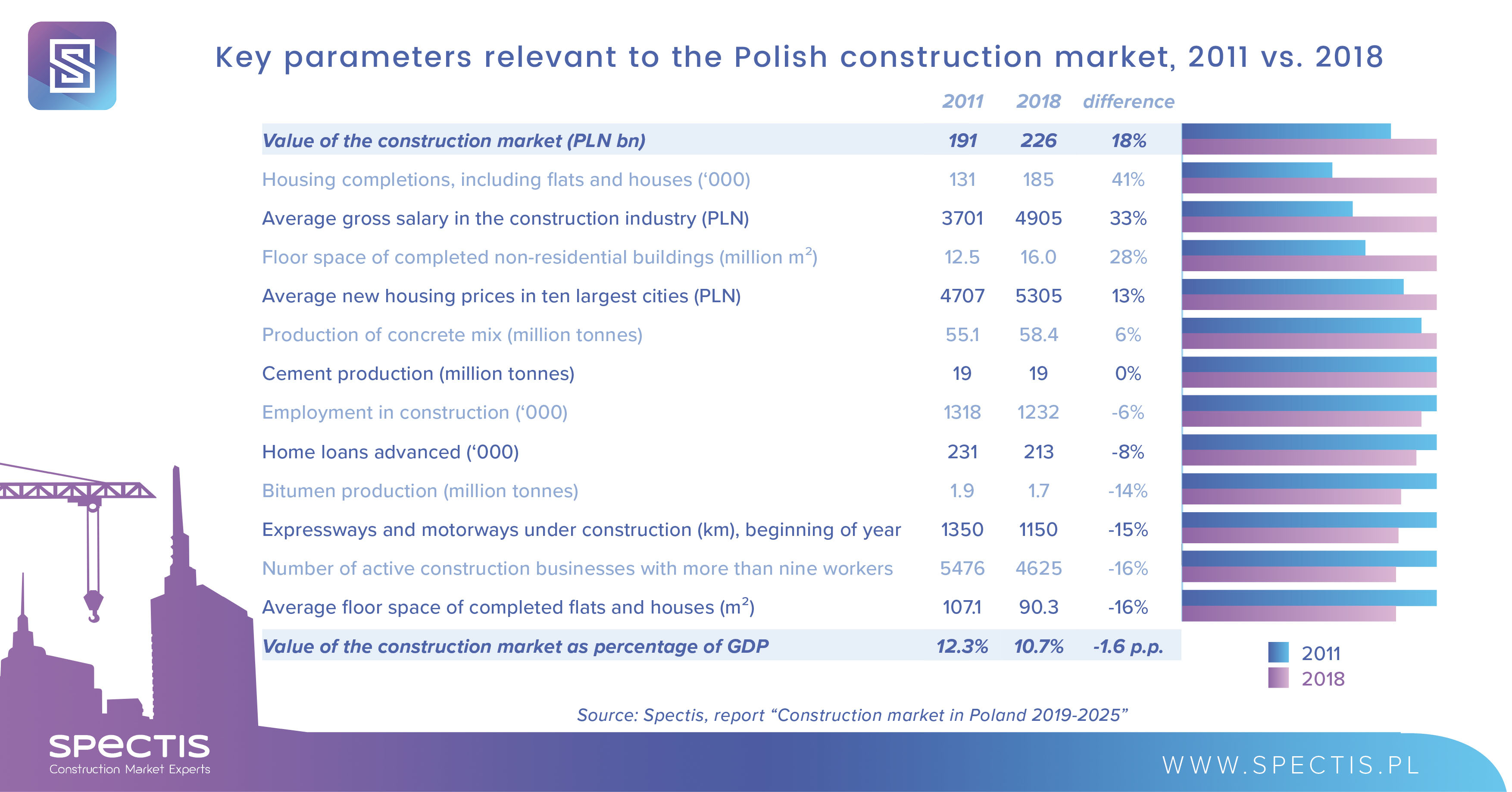 A yet another major hike in the minimum wage will be a highly relevant growth factor for the construction market’s value in 2020 as it will drive up construction companies’ costs, in particular for the smaller firms.

In the case of building material manufacturers, important cost drivers will also include soaring electricity prices and higher costs of carbon allowances, besides a higher minimum wage.

More information will be available in upcoming report "Construction market in Poland 2019-2025".